Leading up to the debate, Ted Cruz and Donald Trump were the top contenders on Facebook and Twitter, respectively. According to Engagement Labs’ eValue data, Cruz and Trump maintained their social media standings, while Ben Carson continued to gain social media momentum with the highest follower growth. 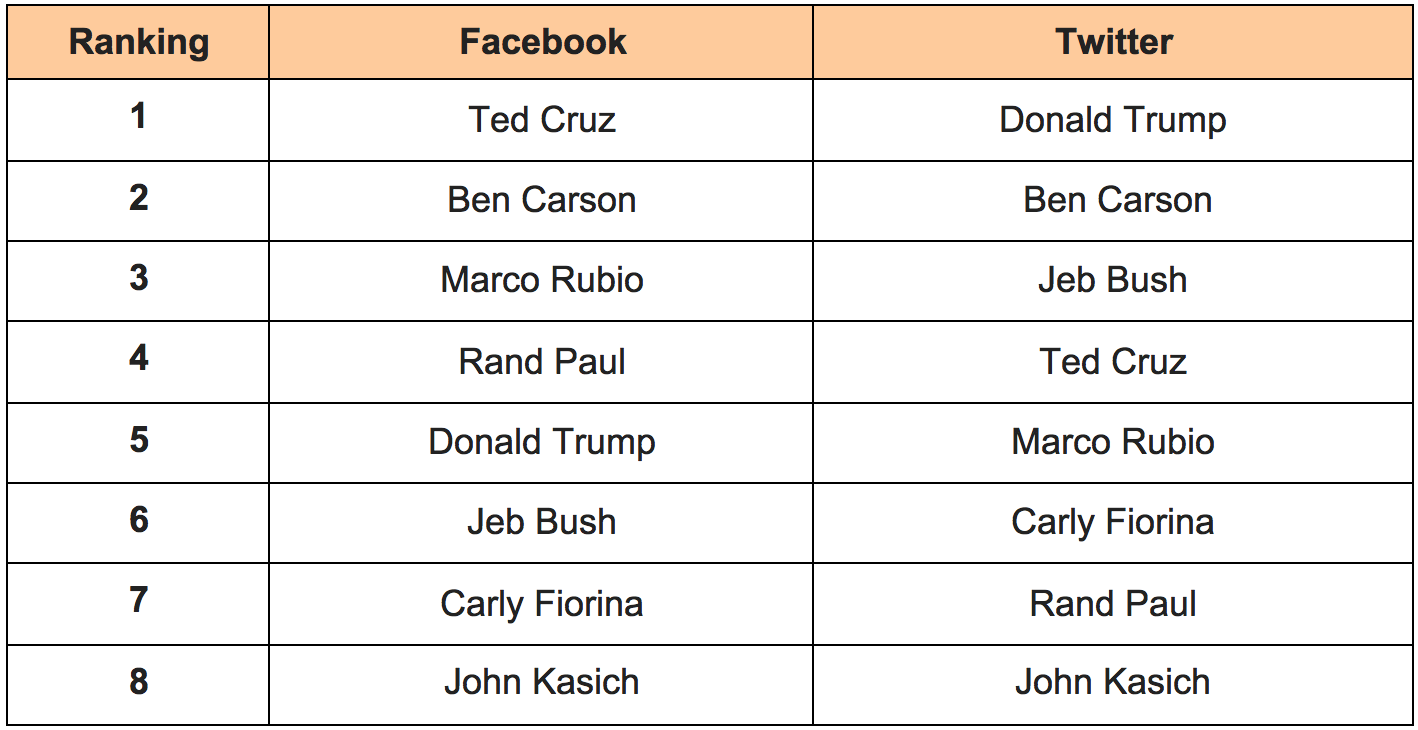 “With twelve months until the 2016 U.S. presidential elections, the debates continue to be a platform for candidates to speak about their position on important topics and issues that affect the American public,” said Bryan Segal, CEO at Engagement Labs. “Social media is a massive avenue for these candidates to further define their positions and connect on a deeper level with potential voters.”

Cruz led the night and came out on top with the highest eValue score. The Texan Senator also had the highest Engagement score and gained the highest number of likes and shares per 1,000 fans, further demonstrating his engaged audience. Carson continued to gain momentum on his Facebook channel with an eValue score of 95.67. He also had the top liked post out of all candidates with an image of himself and his granddaughter having ‘pre- debate time’ which garnered more than 171,300 likes. Carson continued to humanize himself though social media and thus further connect with voters.

Rankings of Highest Follower Growth for Republican Candidates on Facebook and Twitter Based on the November 10th, 2015 Debate: 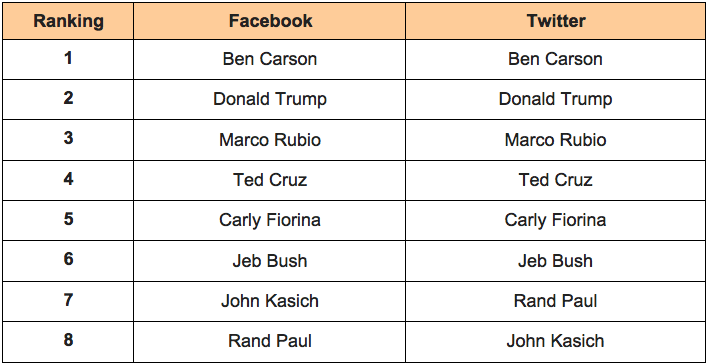 “Follower growth is a hot topic surrounding this election and we continue to see growth among candidate’s social media channels with each debate. For example, Carson’s impressive follower growth throughout each debate is massively expanding the footprint of his social channels and thus his message. He also managed to overtake Trump for highest number of followers on Facebook. Carson led the charge increasing his following by a substantial 72,949 followers on Facebook and 14,313 followers on Twitter,” noted Segal.