Leading up to the debate, Donald Trump was the frontrunner on both Facebook and Twitter with the highest eValue scores and continued his social media dominance following the December 15 debate. 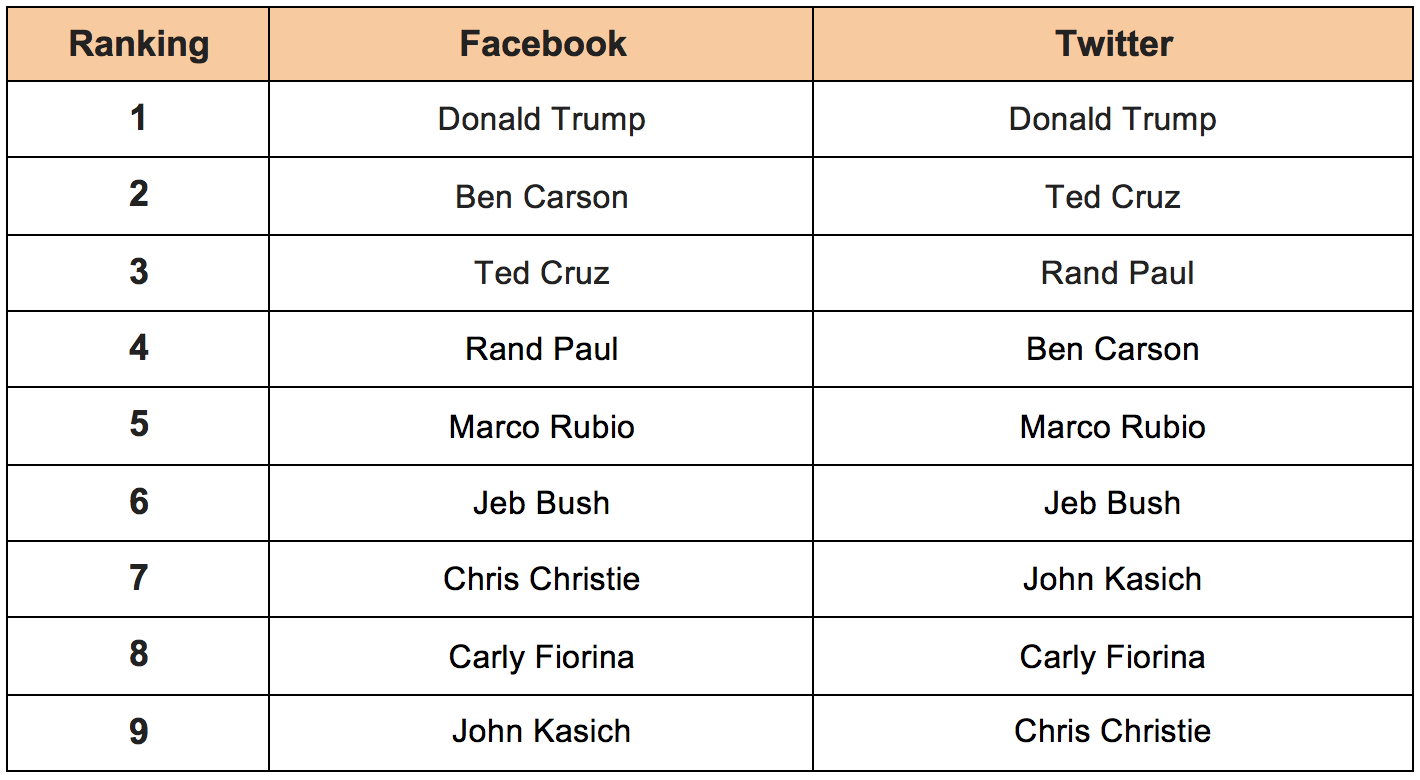 “Social media continues to be a prominent platform for all the presidential candidates to leverage during the race. Trump received a lot of media attention recently and continued to maintain his social media presence with the highest eValue scores of all the candidates on both Twitter and Facebook,” said Bryan Segal, CEO at Engagement Labs.

Rankings of Highest Follower Growth for Republican Candidates on Facebook and Twitter Based on the December 15, 2015 Debate: 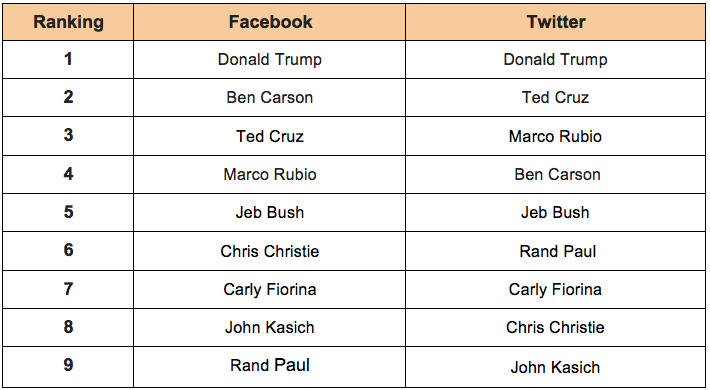 On Twitter, Trump continued to lead with the highest eValue score, followed by Ted Cruz who received the highest active user base and Responsiveness score. Following close behind was Rand Paul in third place.

“It is interesting to see how powerful social media is and how it is being used as a tool for the opposing party to leverage during these debates to build up their political agendas, as well as social presence. As we saw with yesterday's debate, Bernie Sanders leveraged Facebook, and particularly Twitter, during the debate to call out topics and issues that were not discussed by Republicans, such as racial justice, income equality and making college affordable, which ultimately lead to him receiving the highest number of new followers on both social channels,” noted Segal.