Social media channels enable educational institutions to communicate and interact with prospective and current students, alumni and parents, developing an easily accessible community online and off campus. Engagement Labs examined the social media pages of the top Canadian universities and colleges in each province and determined which performed best based on their eValue score.

According to our eValue data, the top 20 Canadian universities and colleges on social media are: 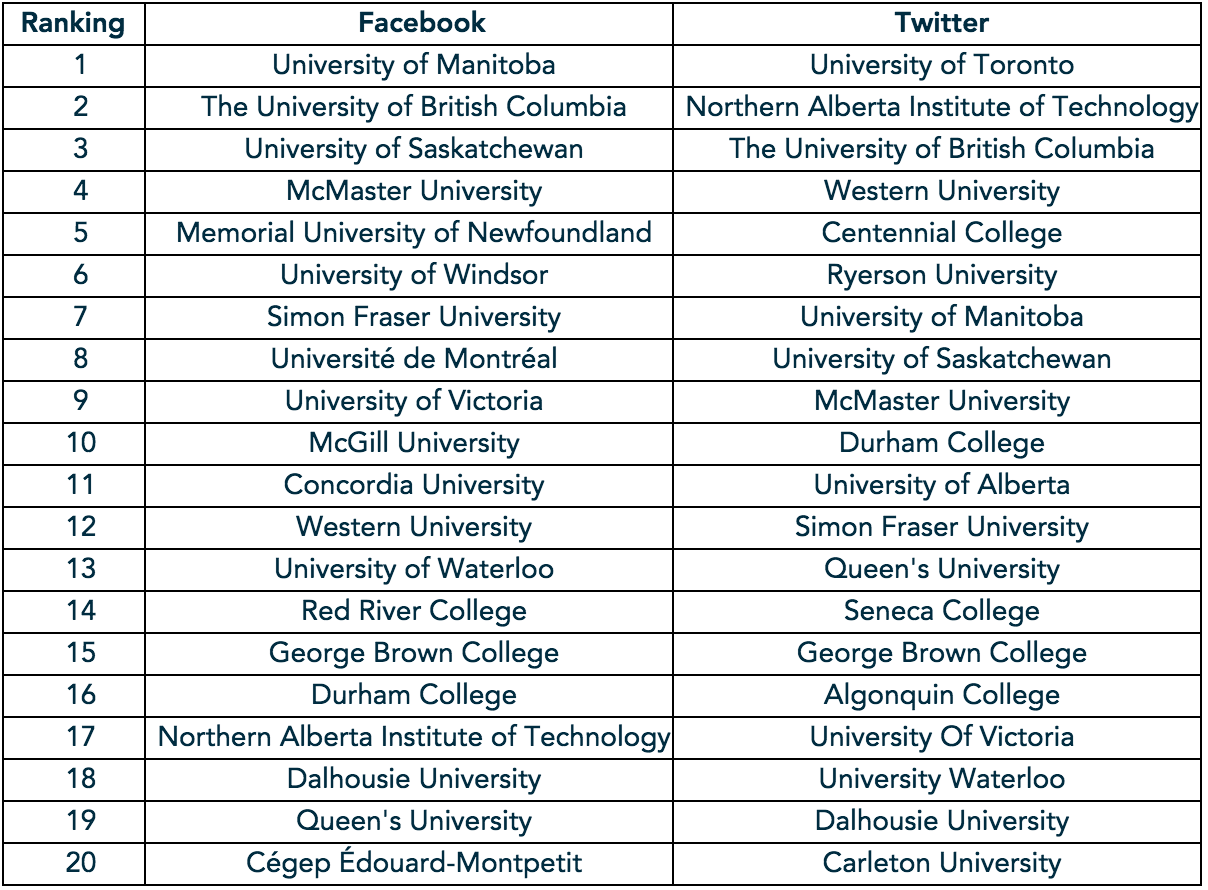 "It is imperative for universities and colleges to utilize social media as it plays a critical role in both recruitment and as a news source for existing students and staff. The majority of students entering their first year of college have grown up using social media and use it to not only receive news and information but to also communicate directly with brands or organizations in a way that allows for two-way conversation," said Bryan Segal, CEO of Engagement Labs. "These institutions are using social platforms as informational hubs for their followers to stay up-to-date regarding campus news and events. They've also adapted to the increased usage of smart phones and small screens by posting highly engaging content featuring images and videos of events happening on campus."

University of Toronto was the top ranked institution on Twitter with an eValue score of 75.21 (out of a possible 100). The University posts timely content that focuses on current events, such as the 2015 graduating class. This tactic not only spotlights graduating students but ultimately shares their successes, which is why it has the highest Engagement score of all the schools ranked. "When we looked at the North American rankings, combining both U.S. and Canadian colleges and universities, the University of Toronto ranked fifth on the list. This proves that they are not only a leading academic institution but also have a social media strategy that competes with top U.S. institutions," noted Segal.

Western University took the fourth spot on Twitter with an eValue score of 64.8, however it had the highest amount of followers and active user base. These factors helped them to achieve the highest Impact score in the list.

On Facebook, the University of Manitoba ranked first with an eValue score of 68.02. The University also took top spot for the Engagement sub score and highest active user base, validating that the content they post on the channel resonates with their audience, encouraging shares, favorites and retweets. University of Manitoba had the most active users which helped propel their Engagement score to first place. However, a lower impact score shows that the content they are putting on their Facebook channel is not reaching a large audience.