According to the eValue data, the top overall telecom companies are: 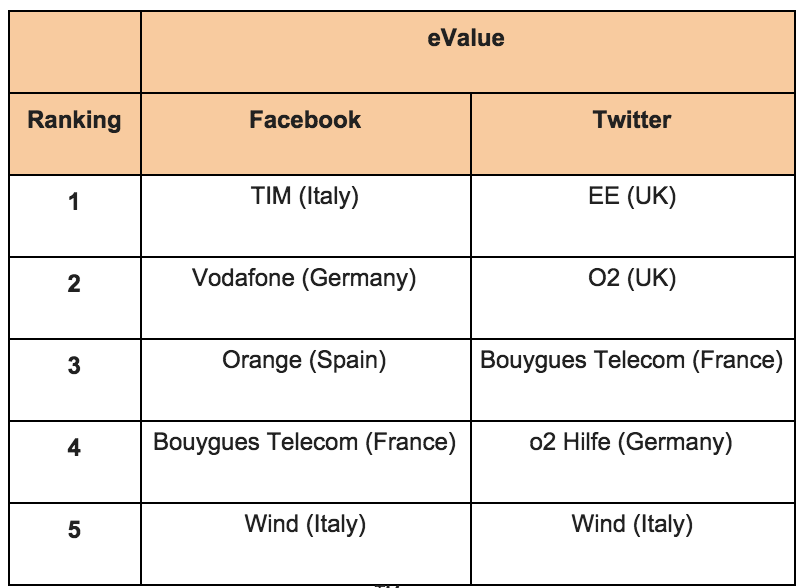 According to Engagement Labs’ eValue rankings, TIM (Italy) ranked the highest on Facebook with an eValue score of 80.2, out of the possible 100. Bouygues Telecom (France) and Wind (Italy) were the only two companies to rank in the top five across both social channels.

When looking at Twitter, EE took the top spot and had an impressive eValue score of 97.4 with O2 close behind. Both of the brands’ content on Twitter had widespread impact and reach. Additionally, the brands were also quick to respond to customer queries in the channel. 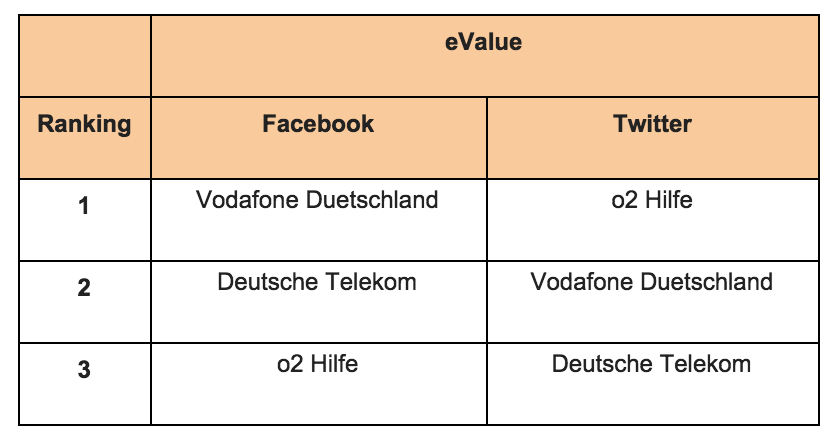 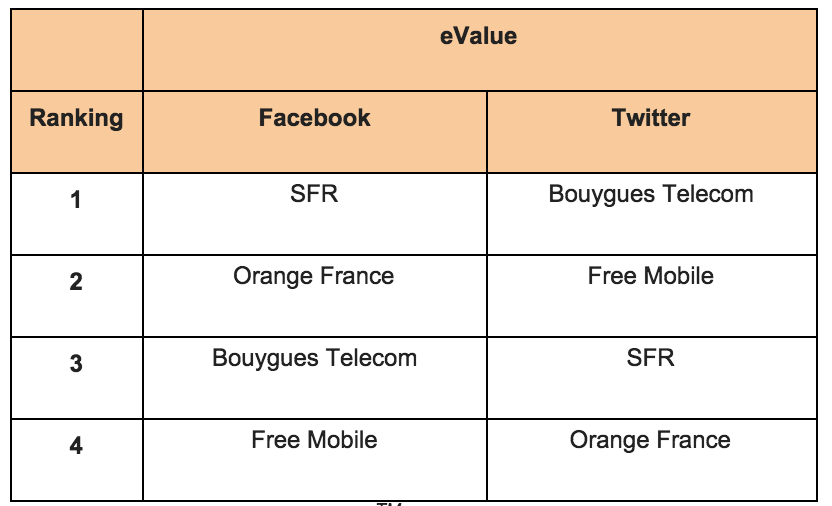 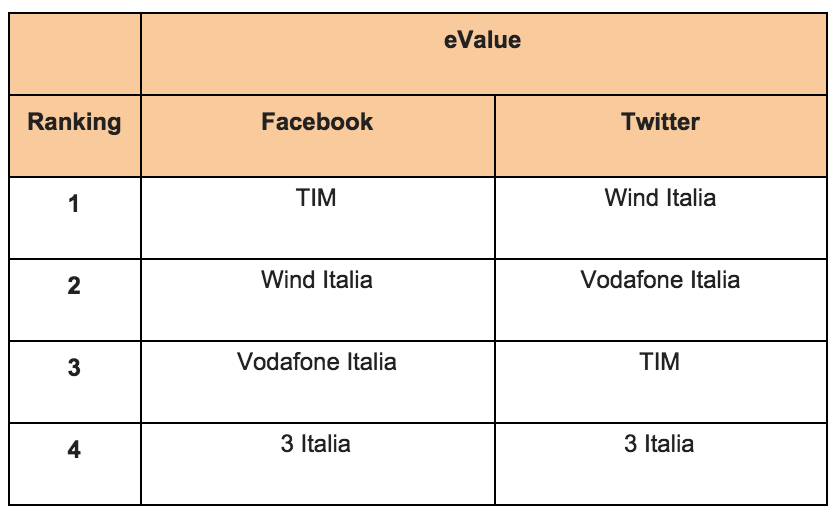 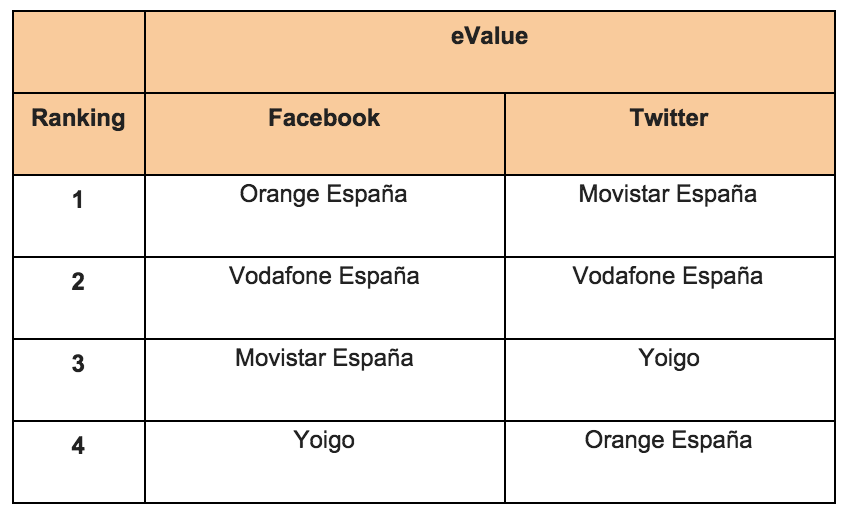 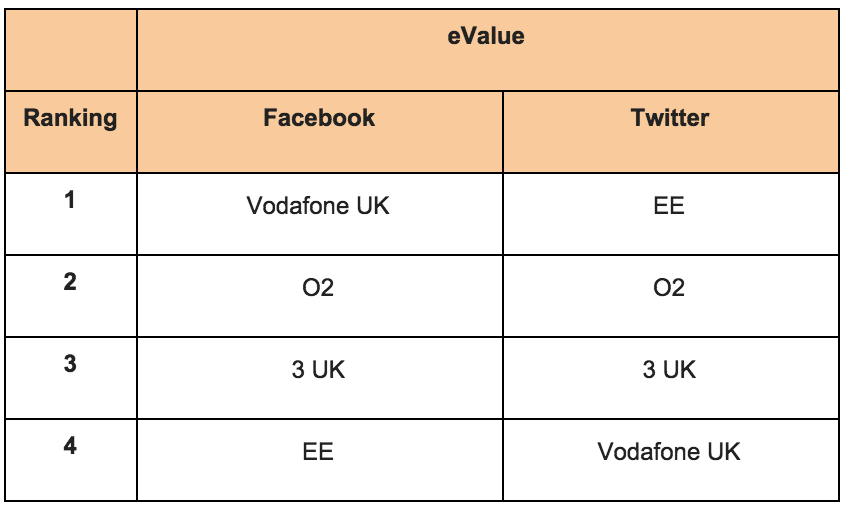 “Social media has provided telecom companies with an opportunity to expand its reach among customers. In such a competitive industry, many of these companies are making their mark through social media, whether it’s promoting services or answering customer questions,” said Steve Thomson, UK Managing Director of Keller Fay. “How these brands are using its social media channels will undoubtedly have an impact on how current and potential consumers feel about their products and services. We also know that impressive brand activity via these channels will be discussed and amplified in offline conversations people have with their friends and family.”

Germany
In Germany, Vodafone has the highest eValue score on Facebook. The brand also had an impressively high Responsiveness score, demonstrating that a big part of its social media strategy is responding to follower questions and comments. Although O2 Hilfe ranked third on Facebook, the Company had the highest Responsiveness score of 83.5, and the fastest response time of less than two hours.
On Twitter, O2 Hilfe took the top spot with an eValue score of 89.2 and an Engagement score of 92.9. The brand’s Impact score however was below the group average, spanning from their low number of admin tweets, which were 50 percent less than the group average.

France
Bouygues Telecom scored a 90.9 on Twitter, almost 30 points higher than its Facebook eValue score. The brand also received the highest number of mentions and favourites per 1000 fans. Free Mobile came in second place with an eValue score of 82.1, almost twenty points higher than its Facebook score and had the highest Engagement score of the group, showcasing its content is resonating with followers. Free Mobile, however, had the lowest number of admin tweets of the group, indicating more emphasis should be placed on creating content to drive its reach and impact.

“Overall in the telecom industry we found that across all countries measured eValue scores on Twitter were much higher than on Facebook. Twitter is a medium to have real-time conversations, so when consumers are seeking answers about their mobile devices, Twitter is normally the first place they go to talk to a brand,” noted Thomson. “These eValue scores are indicating that telecom brands across Europe should focus on Twitter, particularly for responding to followers to increase and maintain brand affinity.”

Italy
Wind ranked first on Twitter for telecom rankings in Italy with an eValue score of 86.5 and second on Facebook with a score of 72.0. On both channels, Wind maintained the highest Responsiveness score demonstrating its brand’s commitment to engaging and interacting with its followers. On Twitter, Vodafone ranked a close second with an eValue score of 85.1. The second ranked brand on Facebook, TIM ranked third on Twitter and had the highest Impact subscore of 77.6. The brand also had the highest follower growth and highest number of followers.

Spain
For Spain telecom brand, Movistar took the first place ranking on Twitter, along with the highest Impact score and the highest follower growth in the timeframe measured. Vodafone came in with an eValue score of 83.34, just under that of Movistar. Yoigo had the highest Responsiveness score of 78.22 and an impressive response time of just over an hour.

About Engagement Labs
Engagement Labs (TSXV:EL) offers intelligent Total SocialTM data, analytics and insights for marketers and organizations enabling them to track, measure and benchmark the conversations happening around their brand or industry both online and offline. These conversations are proven to drive critical business outcomes, including sales, while Engagement Labs’ tools provide data and actionable insight to help guide business decisions and power marketing effectiveness.