USA Today, New York Daily News, The Verge and BuzzFeed Make the Headlines as the Top Performers in the Social Media News Game

TORONTO, Ontario – May 7, 2015 – Technology and data company, Engagement Labs (TSX V.EL), creator of the eValue™ score, today released data rankings of the top traditional newspapers and the top exclusively online digital news publications based on their social media performance on Facebook and Twitter.

The results indicate that news is more important than ever, whether looking at traditional outlets or new players in the digital vertical, the amplification of news content through social media channels is only increasing access and distribution of news and information.

According to eValue data, the top ten rankings on Facebook and Twitter for the combined U.S. traditional print newspapers and exclusively online digital news publications are: 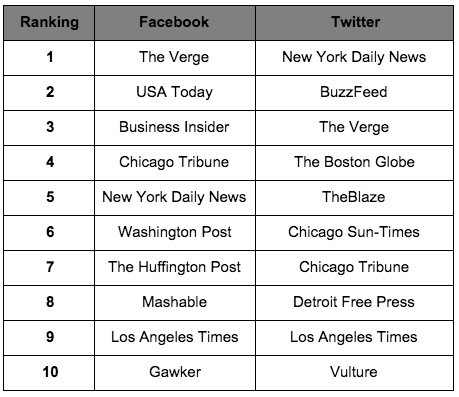 With the advent of the Internet, news consumption patterns have changed. Traditional newspaper outlets have adapted their practices to adopt digital mediums and are now competing for eyeballs with more niche players.

“News is no longer a one stop shop. Digitalization of the media is allowing niche news markets to become real contenders in the online news space. Digital native outlets like The Verge and BuzzFeed are at the top of the rankings with long-time big hitters like USA Today and New York Daily News,” said Bryan Segal, CEO of Engagement Labs. “This also shows that even traditional newspaper outlets have become digitally savvy and are able to compete in the digital space.”

According to the eValue data, the top ten traditional print newspapers in the U.S. on Facebook and Twitter are: 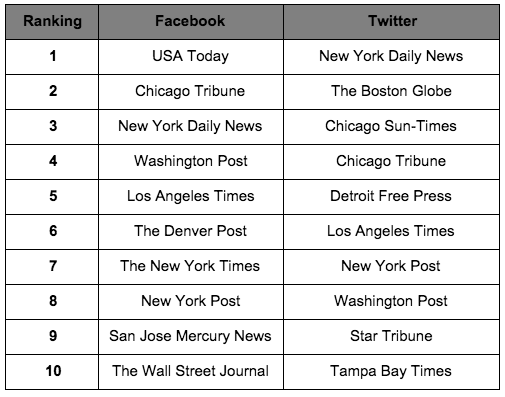 According to the eValue data, the top ten exclusively online digital news publications in the U.S. on Facebook and Twitter are: 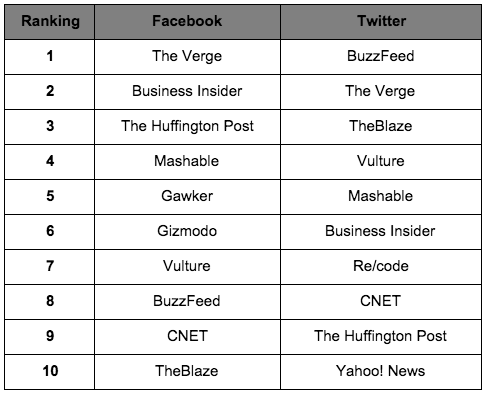 “For news publications, social media is not just a marketing channel; it is part of their business model,” noted Segal. “The media disseminates articles through these channels to keep their readers updated on relevant news in real-time and to drive traffic to their site. Digitalization of the media is allowing journalists and news outlets to expand the reach of their content on a global scale.”