Cheers to Carlsberg and Carling for Leading on Social Media, While Guinness Tops Offline Conversation

Engagement Labs Announces Rankings of U.K. Beer Brands Based on Online and Word of Mouth Conversations 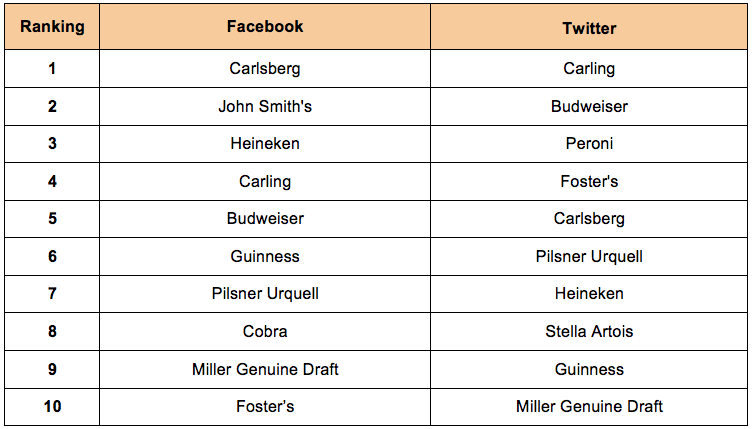 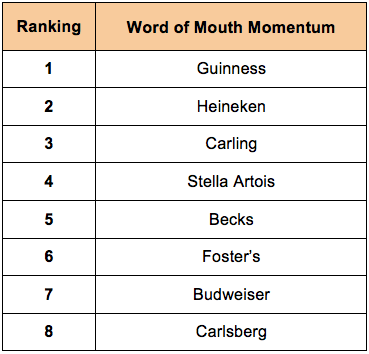 With the highest overall eValue score among the major brands, Carlsberg ranked first on Facebook with an impressive Engagement score of 81.88. The brand’s content also saw the highest number of likes and comments. However, John Smith’s, which secured second place overall, overtook Carlsberg for Engagement with a score of 94.98. Although the brand had a lower following than Carlsberg (and may not be the beer of choice among digital natives), John Smith’s had the highest active user base and highest number of likes per 1,000 fans, proving that the brand had a very active and engaged following.

“Beer brands in the U.K. are a perfect example of how quantity of followers isn’t the defining factor in a successful social media campaign,” stated Steve Thomson, U.K. Managing Director of Keller Fay. “As seen with Heineken, despite having the largest number of fans and the highest Impact score, its lack of engaging content hinders its online success. However, we do see Heineken’s widespread reach converting into offline success with its WOM share growing significantly this year. The brand’s activity and reach online is helping to drive real-world advocacy.”

On Twitter, Carling ranked first with an overall eValue score of 80.48, significantly higher than the next ranked competitor, Budweiser. Having ranked first for Responsiveness on Facebook, Carling also managed to score the highest for Responsiveness on Twitter, showing continued dedication to fans across both channels. This positively impacted its offline performance as the brand ranked third for WOM momentum, indicating that the brand’s WOM share increased this year.

Based on the TalkTrack rankings, Guinness placed first for WOM momentum indicating the largest growth in WOM share from the previous year. With the second highest Impact scores on both Facebook and Twitter, the brand’s reach ensured its followers continued to speak about the brand offline.

“While brands like Guinness and Heineken are leveraging their wide-reaching appeal to grow in offline conversations, they are struggling to effectively engage followers online,” noted Thomson. “Carlsberg and John Smith’s are arguably leading the way online, as they focus on the quality of their content to resonate with fans rather than the quantity of their followers. However, the most successful brands both offline and online, such as Carling, achieve ‘Total Social’ success as they understand that focusing on engagement and responsiveness online can contribute to increasing WOM conversations.”