TORONTO, ON – December 17, 2015 – The Keller Fay Group, an Engagement Labs (TSXV: EL) company, today released a report on the word of mouth (WOM) conversations in Latin America and the most talked about brands in Colombia, Argentina and Mexico.

“We have conducted WOM research in many different markets around the world, and nowhere do consumers talk more about brands than in Latin America,” said Ed Keller, President at Engagement Lab and CEO at Keller Fay Group.

In terms of the most talked about categories, the below chart demonstrates that Latin Americans did not talk about any single category or group of categories significantly more than others. Food & Dining, Media & Entertainment, and Electronics led in the numbers but the study found that conversations are relatively spread evenly across the thirteen categories measured.

Percent of Weekly Conversations By Category 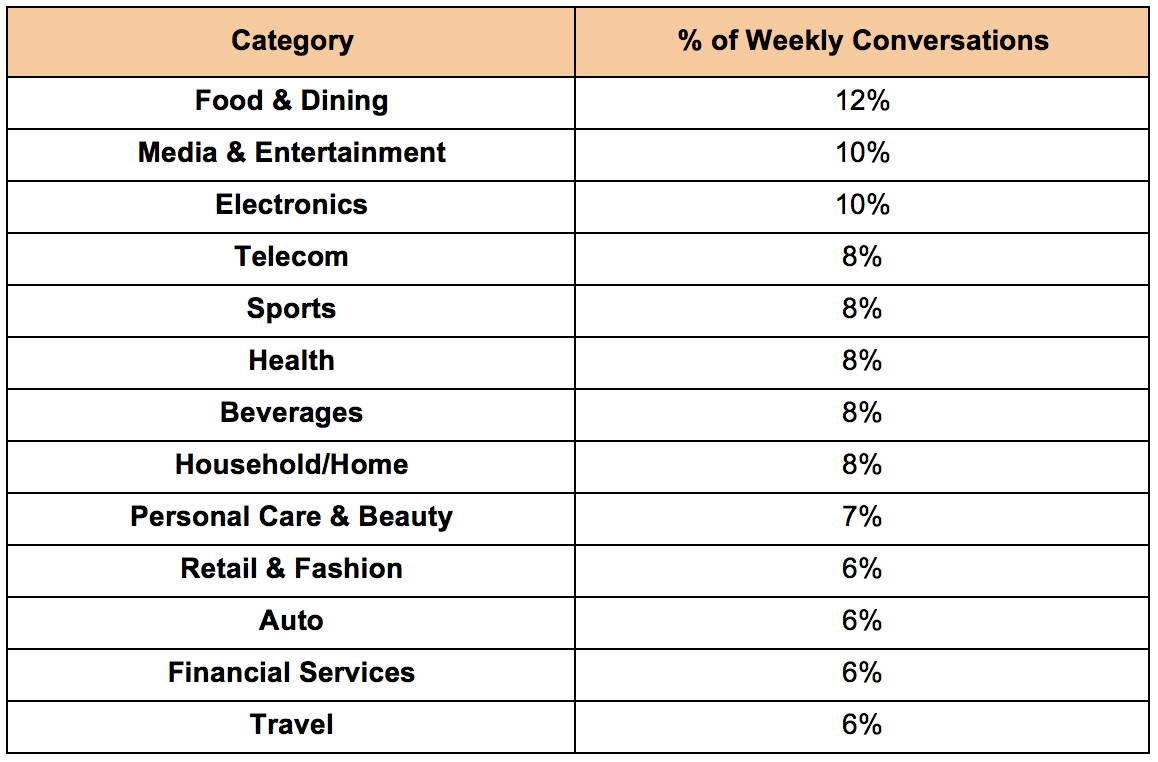 “Many times people assume that WOM is reserved for cool new tech products or hot media properties but this research demonstrated the significant role WOM plays across nearly every consumer sector. Latin American marketers have a tremendous opportunity to tap the power of WOM advocacy to gain consumer sales,” noted Keller.

The research identified the most talked about brands within each category by country, providing an even deeper understanding of which brands were being talked about within the different regions.

The Most Talked About Brands By Category In Colombia, Argentina and Mexico 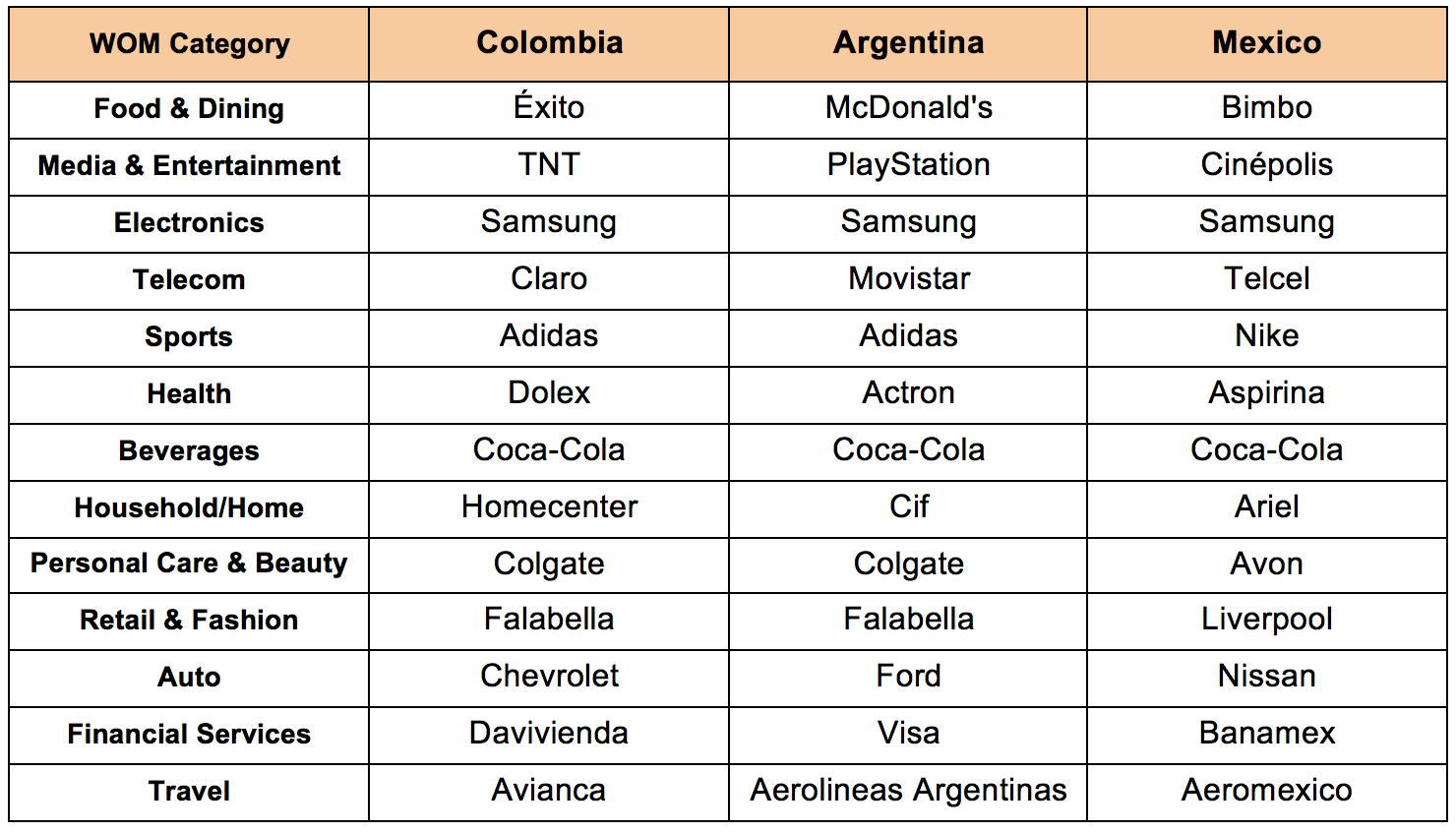 According to Keller Fay, there is notable diversity in WOM leaders across the three countries. There were only two categories in which a single brand dominates the conversation across all three Latin American countries. In the Electronics category, Samsung generated the most conversation among all three countries measured and ranked ahead of its major competitor Apple. When looking at the Beverage category, Coca-Cola is number one brand among all three markets. Also, in seven of the 13 categories studied, there were different brands that are the WOM leaders in each of the three countries.

Engagement Labs (TSXV:EL) offers intelligent Total Social™ data, analytics and insights for marketers and organizations enabling them to track, measure and benchmark the conversations happening around their brand or industry both online and offline. These conversations are proven to drive critical business outcomes, including sales, while Engagement Labs’ tools provide data and actionable insight to help guide business decisions and power marketing effectiveness.