TORONTO, ON. – September 10, 2015 – Technology and data company Engagement Labs (TSXV:EL), creator of eValue Analytics™ and the eValue™ score, today released a six month analysis on the eValue rankings for the top U.S. Airlines and Online Travel Agents on social media. 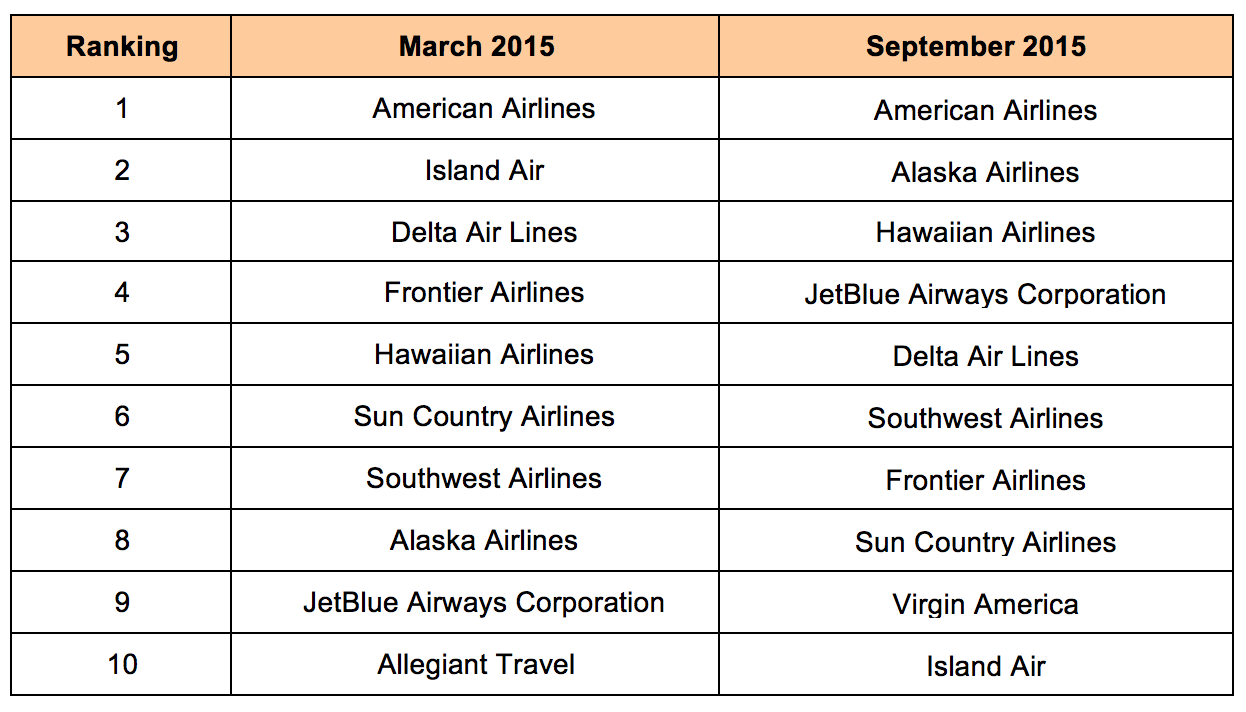 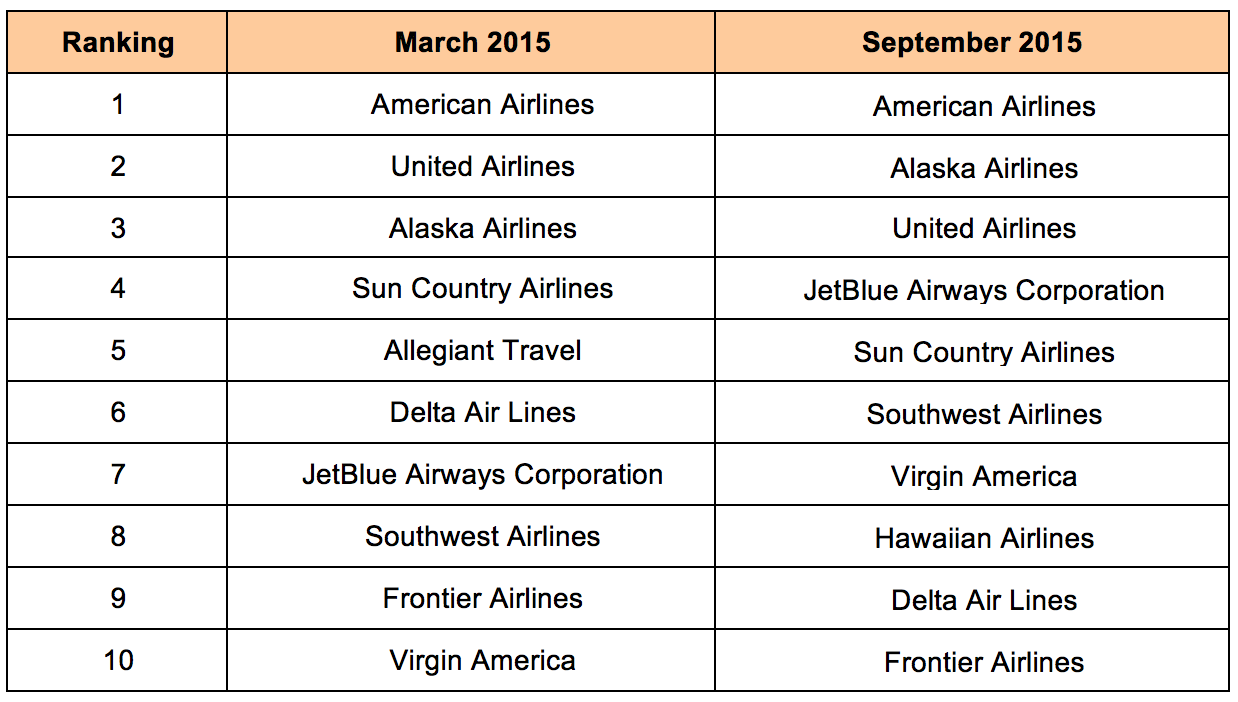 “As a whole, the travel industry focuses on both brand and transactional experiences. They want to be a trusted provider of travel for consumers and ensure that they are continuing to use their product or services when it’s time to book a trip. As social media is a two-way communication tool, it allows these brands to interact with their consumers on a daily basis and in real time,” said Bryan Segal, CEO at Engagement Labs. “Based on the data in our six month analysis, we found that brands in both industries have amped up their Responsiveness to fans and followers, but Engagement continues to remain low. There is major opportunity for these brands to differentiate themselves from their competitors by refreshing their content to focus on Engagement, as well as ensuring their social media strategy continues to places an emphasis on responsiveness.”

Engagement Labs found that the airline industry is leveraging their social media channels as a way to heighten customer service by responding to passengers’ questions and complaints, while providing helpful information, such as links to their customer service channels. While airlines have made improvements to be more Responsive, on average, they only scored 41.0, out of the possible 100, with Jet Blue Airlines achieving the highest Responsiveness subscore of 85.94 on Twitter, with an average response time of six minutes. There is still plenty of room for airlines to take their customer service a step further via social media.

“We found that the airlines have a huge opportunity to engage their followers by creating content that will encourage them to communicate with their brand. When looking at Engagement subscores for the airline industry, they are on average low, with the average subscore on Facebook at 49.47 and 37.95 on Twitter, out of a possible 100. American Airlines had the highest Engagement subscore on Twitter of 67.78, along with the highest number of replies per 1000 fans. The brand may not have the most followers of the group, however, they are leaders in creating and posting content that resonates with their followers. For example, the airline leverages user-generated content and images, which encourages followers to engage with them,” continued Segal.

When looking at Twitter, three airlines have remained at the top, with American Airlines holding the number one spot with an eValue score of 88.17. In the second and third spot Alaska Airlines, which moved up one spot since March, and United Airlines, which moved down a spot since March. Similar to trends identified on Facebook, all three of these brands improved their Responsiveness subscores by more than 10 points. 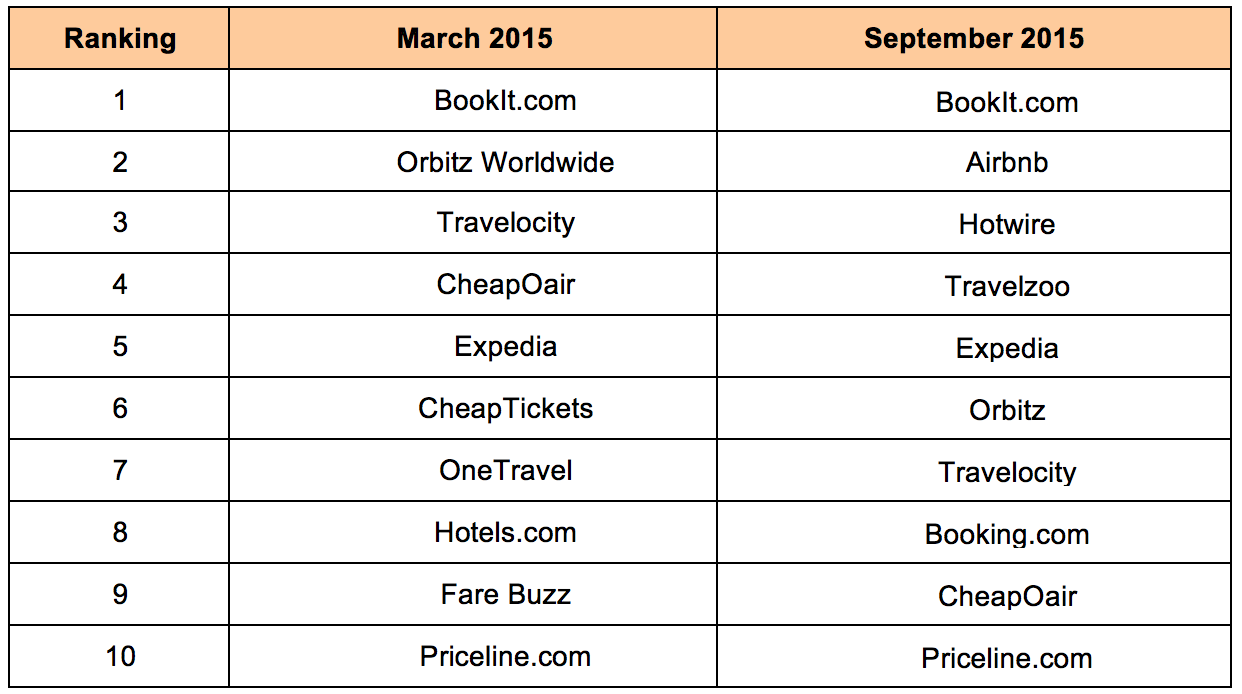 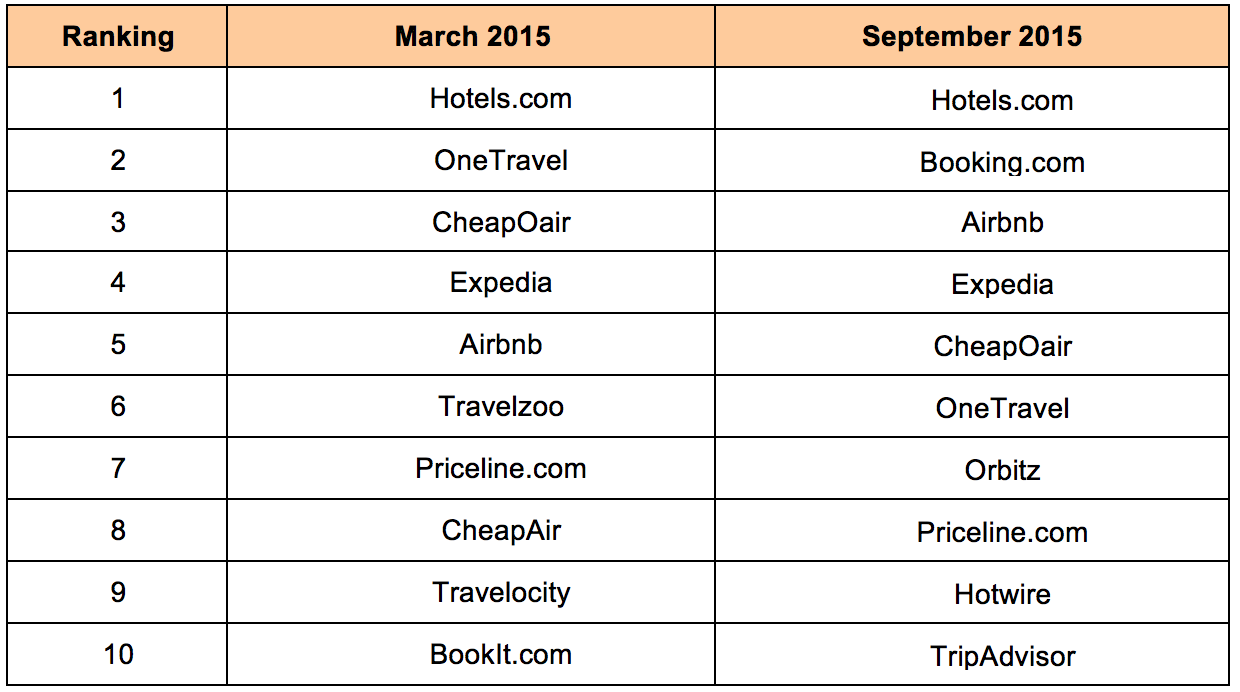 Online Travel Agents are using their social media to stay top of mind and encourage future bookings with their consumers.

“As we saw with the six month follow-up, Bookit.com has not only remained the top OTA on Facebook, but has increased their eValue score from 56.92 to 81.34, which is almost 40 points higher than their closest competitor. The brand encourages their fans to interact with their page by posing questions, such as asking about their travel style or the destination they want to travel to next, then thanking them for their responses. By focusing on Responsiveness, the brand has also increased Engagement and Impact among followers,” noted Segal.

On Twitter, Hotels.com remained the top ranked OTA with the highest Engagement subscore and number of retweets per 1000 followers. Expedia jumped from the fourth to second spot due to a major increase in their Responsiveness subcore, while CheapOair remained in the third spot.

“One trend we are seeing across this industry is the type of content being used to engage fans. Similar to airlines, Engagement subscores are low, on average, and many of the brands are leveraging similar content that is not quite resonating with audiences enough to push Engagement numbers. Bookit.com’s Facebook page stands out, as they create teaser campaigns to engage followers in upcoming contests and giveaways that are gaining massive traction with fans,” said Segal.

Engagement Labs (TSXV:EL) offers intelligent social data, analytics and insights for organizations that are actively engaging on social networks. Offered as a SaaS or through an API, the eValue Analytics platform allows brands to measure and maximize the effectiveness of their social media marketing campaigns, as well as measure that of their competitors across major social networks Facebook, Twitter, YouTube and Instagram. Additionally, through the Keller Fay Group division of Engagement Labs, brands can also measure the marketing performance of offline word of mouth conversations. Engagement Labs maintains offices in Toronto and New Brunswick, New Jersey. www.engagementlabs.com / www.evaluesuite.com