The FBI director was reportedly flabbergasted when President Trump alleged that Barack Obama had ordered Trump’s “wires tapped” in the weeks before the election, and is restlessly waiting for the Department of Justice to refute Trump’s claims.

One course of action Comey might consider is refuting Trump himself, with a reminder that the FBI spent most of October not wiretapping Trump, but investigating and leaking about Hillary Clinton, before Comey himself landed her campaign a fatal blow, and handed his new tormentor the presidency. 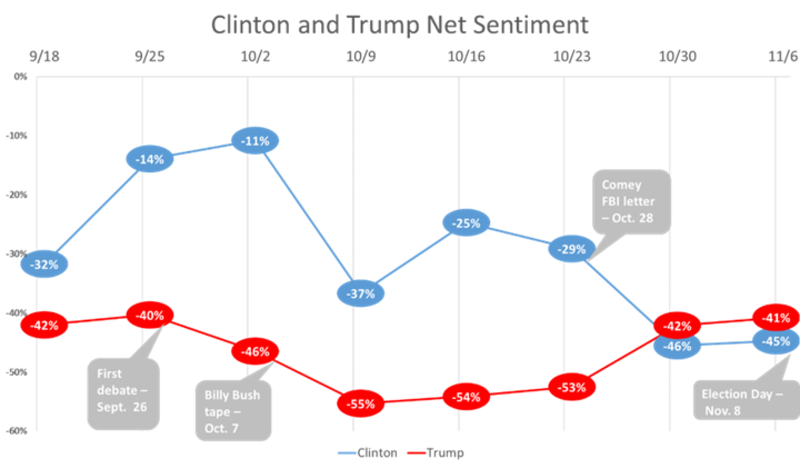 This chart comes from Brad Fay of Engagement Labs, who says Comey’s infamous letter to Congress announcing the FBI had uncovered a new cache Clinton emails, (which turned out to be nothing, but could have been the smoking gun which proved she did Benghazi) was decisive in the election.