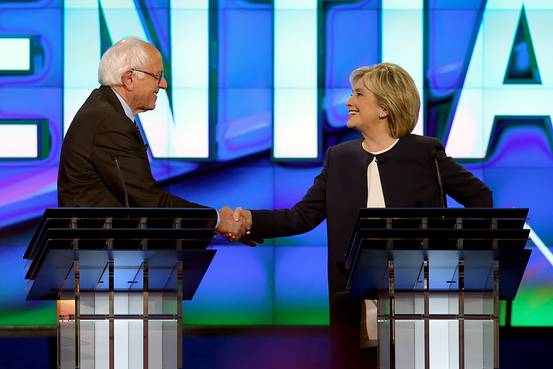 When it comes to gaining buzz online, Sen. Bernie Sanders continues to reign among the Democratic candidates. The independent candidate vying for the Democratic nomination was the most-talked about candidate on social media during the first Democratic debate on Tuesday by several different measurements.