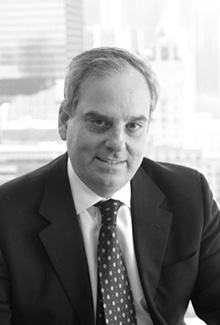 Robert is a highly experienced securities and corporate lawyer having represented companies and investment banks on over one hundred financing transactions in the small to mid cap market having an aggregate value of over $1 billion. Robert spent seven years as in house counsel to the Toronto Stock Exchange prior to joining his firm as a partner in 2001. In addition to serving as a director and corporate secretary to public and private companies, Robert held the position of CEO of two Canadian mining exploration companies based in the Yukon and Quebec. Fluent in French, a member of the Ontario and Quebec bars and a lawyer since 1988, Robert has chaired and presented at continuing legal education programs on securities regulatory compliance and financing matters. In April 2015, Robert completed the Master Class on Negotiation at Harvard Law School’s Program on Negotiation in Cambridge, Mass. Robert lives in Toronto, is married with three children, and has a golden retriever named “Hudson’. 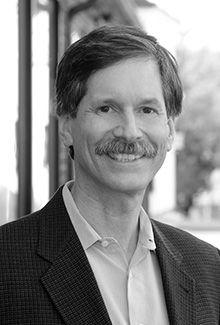 Ed Keller is CEO and a Director of Engagement Labs. As CEO he has spearheaded the company’s development and commercialization of TotalSocial®, a patent-pending technology solution that combines online social media listening data with offline word-of-mouth tracking to provide marketers with a complete view of consumer conversations about their brands. Together these are proven to be important drivers of sales; offline conversation is an even bigger factor than social media, one that is often overlooked by marketers.

Keller has been called “one of the most recognized names in word of mouth” and the publication of his first book, The Influentials, has been called the “seminal moment in the development of word of mouth.” Keller’s second book, The Face-to Face Book (co-authored with Brad Fay), was named 2013 Best Book in Marketing by the American Marketing Association. Reflecting his industry stature, Keller was elected to the Word of Mouth Marketing Hall of Fame in 2014. He has also been awarded a Great Minds Award from the Advertising Research Foundation, where he was a long-time Board member. 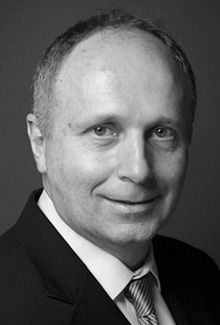 Gilman Anderson has more than 30 years of cross-industry experience in technology and SaaS with a track record of increasing stakeholder value through strategic thinking, strong operational leadership, and extensive information technology knowledge. Today Mr. Anderson is an active angel investor, a corporate directors and an executive advisor to both business and private equity firms.

Mr. Anderson was the CEO of The Allant Group from 2013 to 2015, a technology company focused on addressable TV advertising and database marketing and secured a sale of the company in 2015. Among his achievements, Mr. Anderson Spearheaded the funding for, and the development of a SaaS based Audience Interconnect big data product that ingested tens of millions of set-top-box TV viewer data points and enabled advertisers to more accurately target their TV advertising.

From 2008 to until his retirement in 2013 as a Senior Partner at Accenture, Mr. Anderson led significant businesses in the travel and hospitality industry, including outsourcing and consulting services contracts for Starwood Hotels.

Mr. Anderson led the formation of key partnerships with a variety of cloud systems providers, including AT&T, BMC, IBM, Microsoft, Oracle, SalesForce.com, SAP, Verizon and others.

Prior to Accenture Mr. Anderson was was the CIO for GfK AG’s Custom Research Division. GfK is a $2B+ global market research company headquartered in Nuremberg, Germany. 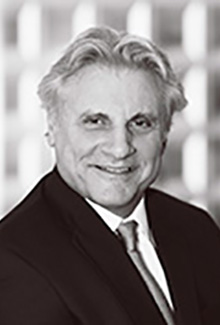 Bruce Lev is the Managing Director of Loeb Holding Corp., New York City. Prior thereto he was Vice Chairman and Director of USCO Logistics which was sold to global freight forwarder Kuhne & Nagel in 2001. From 1995 through early 2000 he was Executive Vice President of Corporate and Legal Affairs of Micro Warehouse Inc. (NASDAQ/MWHS), a $2.5 billion direct marketer of brand name personal computers and accessories to commercial and consumer markets. He also served on Micro Warehouse’s four-person Executive Committee with global responsibility for legal and regulatory affairs, human resources, corporate communications, risk management and facilities. From 1995 through 2002 he was also a member of the Board of Directors of the Roper Organization and served on the Board of the Direct Marketing Association.

Prior to 1995, Mr. Lev engaged in the private practice of law. He is a 1965 graduate of Wesleyan University in Middletown, CT, and a 1968 graduate of the University Of Virginia School Of Law. Mr. Lev was Vice Chairman of AirDat, LLC. a privately held company sold to Panasonic Avionics Corporation which provides highly accurate weather forecasting and business risk solutions for commercial and military users. Until its sale to Kratos, Inc. Mr. Lev was on the Board of Directors of Integral Systems Inc. (NASDAQ/ISYS) a leading global provider of satellite ground based command and control systems for commercial and military customers. At Integral he served on the Audit Committee and was Chairman of the Compensation Committee. Mr. Lev was on the Board of Directors of VirtualScopics, Inc. (NASDAQ/VSCP) and was the Chairman of its Audit Committee. VirtualScopics, Inc. was sold to BioTelemetry, Inc. on April 8, 2016. Mr. Lev is on the Board of Directors of Intersections Inc. (NASDAQ/INTX) and is on its Compensation Committee, Executive Committee, and Risk Committee. He has 3 grown sons and lives with his wife in North Salem, NY. 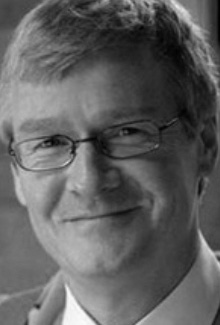 In January 2014, G. Scott Paterson added Chairman of Engagement Labs to his long list of duties, which include positions as Chairman of Symbility Solutions Inc. (TSX:SY), Director of Lions Gate Entertainment (NYSE:LGF), and Vice Chairman of NeuLion Inc. (TSX:NLN), the leading distributor of live sports content to internet-connected devices. In addition to these positions, he also currently serves as Chairman of the Merry Go Round Children’s Foundation and as a Governor of Ridley College.

G. Scott Paterson spent 16 years in the investment industry, last serving as Chairman and Chief Executive Officer of Yorkton Securities. From April 1995 to December 2001, under Mr. Paterson’s leadership, Yorkton raised over $3 billion as the lead underwriter for Canadian technology, biotechnology and film & entertainment companies. Elsewhere, he served the Canadian securities industry in multiple capacities including as Chairman of the Canadian Venture Stock Exchange and Vice-Chairman of the Toronto Stock Exchange. In the past, Mr. Paterson has also served as a Governor of the Investment Dealers Association of Canada, and held positions on the boards of the Canadian Investor Protection Fund, the Canadian Securities Institute and the Canadian Securities Advisory Council.